[Global Network Comprehensive Report] Recently, the negative news of the Korean men’s group “BTS” was frequently exposed. Yonhap News reported on November 19 that the brokerage company Big Hit Entertainment said on the 19th that some netizens recently spread false rumors about their group BBO. The company has reported the case to the police and will continue to take tough legal measures in the future.

The brokerage firm said that from June 15th to the end of last month, 41,000 materials were reported by fans, most of which were suspected of insults, slander and personal attacks, which had a serious impact on the personal reputation of the company’s artists. The company will entrust a law firm to deal with this, and investigate its legal responsibilities according to law, and will not tolerate it. 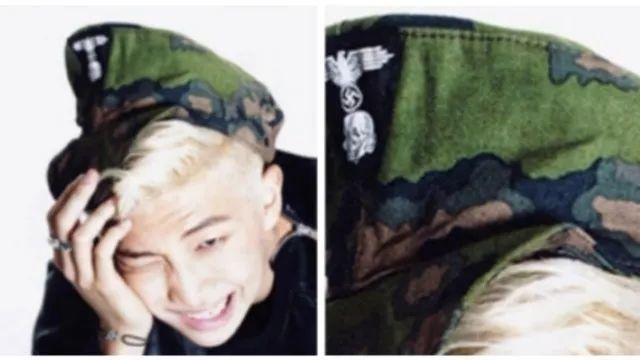 Not long ago, the internationally renowned Jewish human rights organization Simon Wiesenthal Center accused the “Bullet Youth League” & rdquo; “Mocking History” and asked them to apologize. The reason was that a member wearing a “Nazi Hat” was set up next to the Berlin Holocaust Memorial.

The deputy chairman of the agency, Abraham Cooper, said in a statement that the act of condemning this behavior would cause the younger generation in Korea and around the world to regard “paranoia and intolerance” as “cool”.

Comprehensive foreign media reports, the human rights organization website mentioned in the statement that the members of the “Bullet Youth League” group pose in front of the Jewish Holocaust Memorial in Berlin, and they Members of the team waved flags on the stage, saying that the patterns on these flags were strikingly similar to the Nazi signs.

Another member of the BTS has also caused an uproar in wearing a T-shirt depicting the atomic bombing of Nagasaki, Japan. Asahi TV station subsequently cancelled the performance of this idol group. In this regard, the company affiliated with the Bulletproof Youth League also apologized.