Overseas network November 30th Local time on the evening of the 29th, a jailbreak occurred in a prison in Banda Aceh, western Indonesia 113 prisoners broke through the fence and escaped from the prison. After the incident, the relevant personnel quickly dispatched. The official said that although 23 people have been arrested, 90 prisoners are still at large. 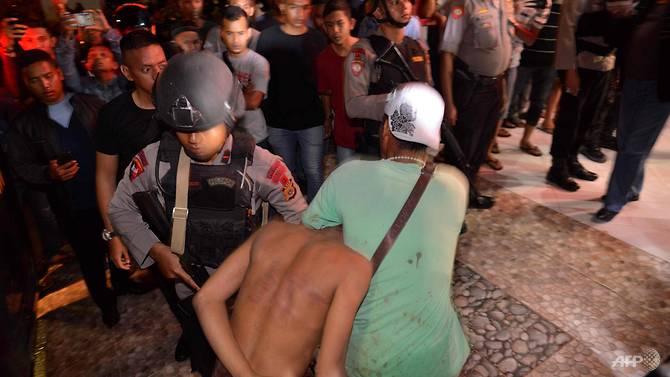 Thirty prisoners have been arrested by the police (AsiaNews)

Comprehensive Thai “National News” and “The Straits Times” report, Indonesian Ministry of Justice Spokesperson Ade Kusmanto said: “There are 726 prisoners in the prison, and 113 people fled in the evening. We have already caught 23 people, but we are still looking for other jailbreakers. ”

The report said that in the evening, the prison was holding a traditional Muslim prayer ceremony. The prisoners were praying outside the cell at that time. The prisoners who escaped from prison used this opportunity to break with a barbell. The fence of the prison escaped.

At the time of the incident, 10 police officers were on duty and were responsible for the security of the prison. At present, the local police have exhibited large-scale pursuit of fugitives and strengthened security measures in prisons.

In Indonesia, due to the poor prison environment and the number of prisoners, it is not uncommon to escape from prison. In May 2017, more than 400 prisoners in a prison in Riau province, Indonesia, took the opportunity to escape from prison during the mass prayer process. A month later, a prison in Sumatra collapsed due to flooding, and dozens of prisoners took the opportunity to escape the prison.